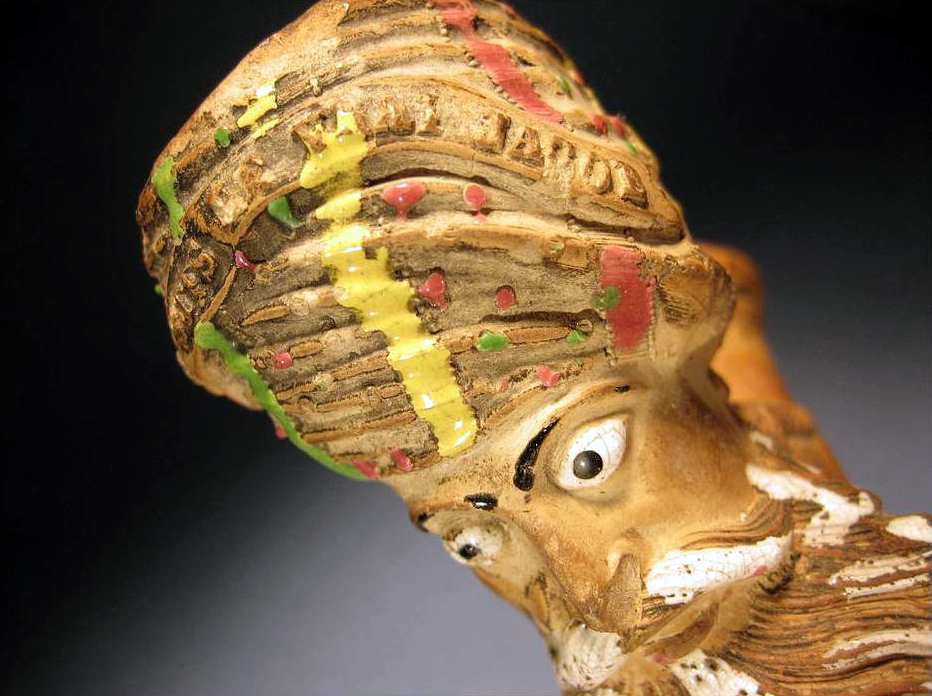 My father had a mirror, it was the most astonishing thing this mirror. My father had a mirror he kept behind a picture of my mother.  The picture made no sense because it was blurry and ordinary. Her mouth was open. She could never shut up long enough to smile for a picture. Anyway. it’s the kind of picture you’d delete or not develop or whatever it was they did.  Develop and leave in the envelope with the negatives.  Anyway, he had it in a thick frame but if you turned it over and pushed the little metal clips to one side and pop the back off, there was a little mirror in there. I didn’t get it.  What’s a mirror doing in there? He saw me see him messing with that picture and I knew something was up with it. I figured something was in there.  But I was hoping for money or a note or something. Treasure map. A woman’s phone number. Something. Made no sense.

Once when was sitting behind a chair, hiding and pretending to write in my notebook, he either forgot I was there or didn’t notice, and I saw him do it.  I saw him close up.  He was smoking that pipe of his and then he did it so fast.  Picked up the picture of my mother and popped the back off of it.  He pulled out something that fit in his hand I didn’t see.  And then and then he breathed smoke into his hand.  He exhaled into his hand.  And for an instant (fiat!) light filled the room.  Then that feeling, the vibe of it.  I’ll never forget it.  I’ll remember it forever.  It was like passing from life into eternity.  I can’t explain it.  But there behind my chair I knew within me the precise age of my soul so immense, but also I knew my soul to be something shriveled, something that dwindled to a tiny speck within the mist.  It was horrible.  Before all that murky bright could clear away, I got the hell out of there.  I was young, and I was utterly blown away.

So I tried it myself.  I said I was young.  By myself.  I got the pipe and my mother’s picture and I looked her straight in the mouth.  And then I lit up.  I took a lots of short fast puffs and held it in too long while I twisted the metal clips to the side.  Then, out it popped: a little mirror.  I didn’t pause.  Ok, yes I did pause.  I coughed up a lung.  But I wasn’t scared of anything apart from being caught.  So I stared myself in the mouth, and I took another hit.  Held it in, not so long this time.  Then I exhaled right into my mouth exhaling.  Hold.  Back.  I’m tripping balls.  Entwined in the nethermost brightness I was looking at mirrors within mirrors within mirrors and in one of them it was raining and I was with a girl in the rain pinned up to a wall.  And in another mirror I was holding a baby and the baby was still.  Still and cooling.  In another I was typing.  I was at a desk typing.  And there was my father holding a mirror looking at me, watching the letters appear as I typed them.  Under his nose as I type them.  He isn’t looking at me; he’s watching the screen.  He’s witnessing the letters appear one after the other, left to right and together he and I have a feeling. We have together an obscure feeling that some good has happened to us. 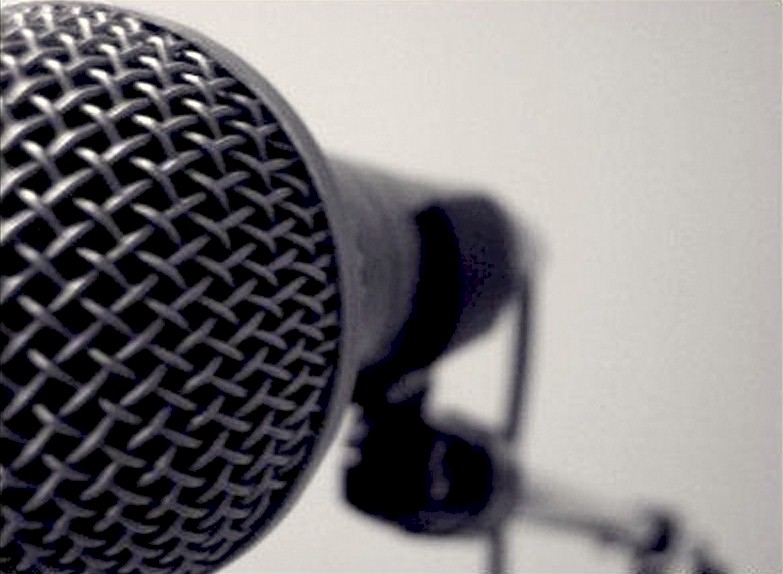 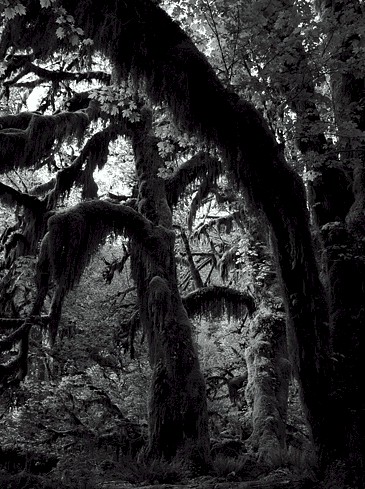 Why do you tear at me?   So painful.  It is a pain that releases pain.  You don’t look like a harpy, what are you?  What do you want?  I can’t tell you anything but what I see from my rooted prison.  When I tore my spirit from my body I landed here, sprouted and now I am what you see.  Poetic, no?  I gave up my body and now I am unable to move.  There’s a word for that but I’m running out of time.  Oh! There’s some blood on you.  Is it my fault you chose a branch right above your head?  I’m clotting already.  So I should wait all day here for you to bleed out a question.  Spit out I mean.  Arlgrlarraa.  Ouch!  Are you without all sentiment of pity?  That’s your question, what do I see?  What do you see you ask me?  Open your eyes!  Graves and graves.  What do I see.  Must be twenty or thirty funerals every day.  Funerals going on all the time all over the world.  Everywhere every minute.  Thousands every hour.  Shoveling them under by the cartload; too many in the world.  Argblle.  Why do you break me off?!  I hadn’t fully clotted that time.  That day?  I saw a leanjawed harpy and her hatchling, dirty face, stained with tears, crocodile.  Mutes shouldering a coffin.  First the stiff, then the friends of the stiff.  That’s it, the pomp of death.  Arglulgrr.  Fine.  And my son moving soap from one pocket to another.  There.  You happy?  Now go. 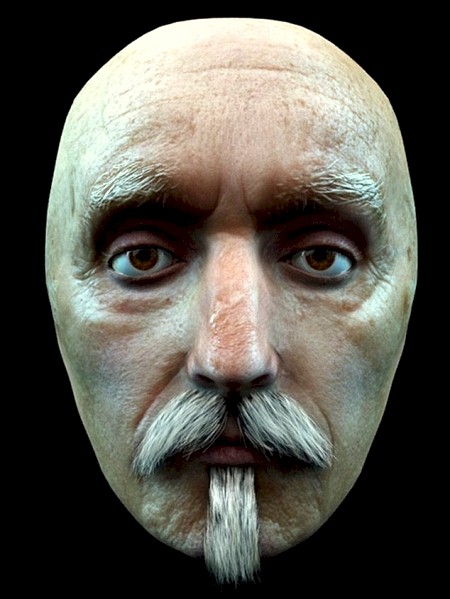 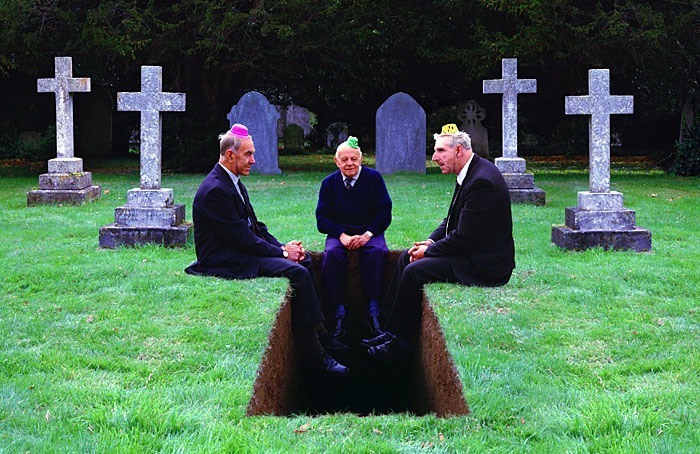 Dignam’s funeral just when.  Caught off guard on the way.  At just that moment, I was thinking.  I was thinking and then right there, the worst man.  A type like that.  What do she they see?  I just looked at my hands, thinking alone.  Soft politeness.  Didn’t want to show.  I thought Molly her skirt stuck between her cheeks.  Yes.  That helps even now.  Power asked about her concert tour.  I’m not going.  I would like to and I wouldn’t like to.  Would miss poor Papa’s deathday; a year now he’s been oot.  Many happy returns.