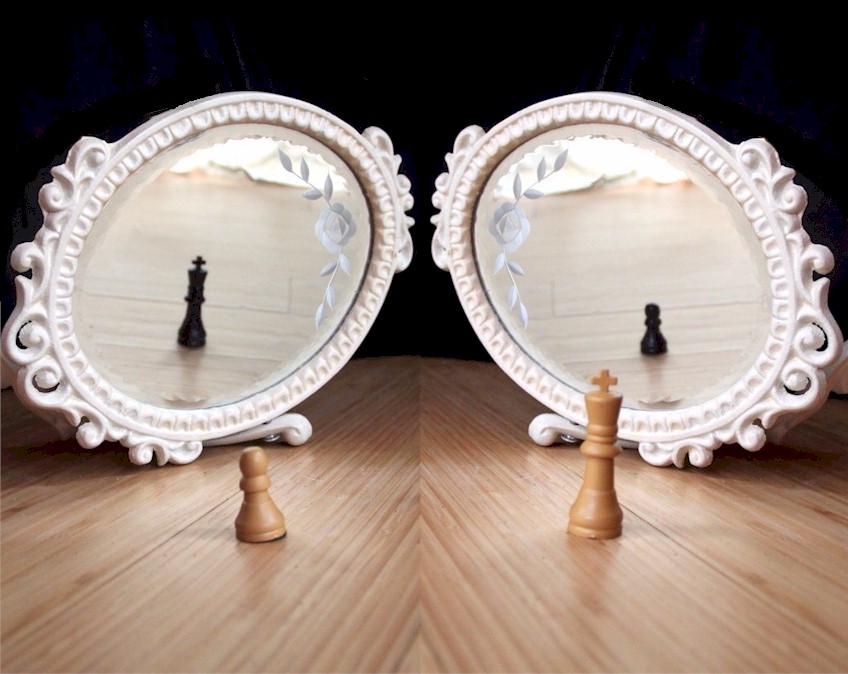 I had been waiting all day, watching the pawn shop. Instructive. Then he came round the corner, half drunk. The look of him. An embarrassment. On whose shoulder will I rest my head, coming from a situation like this? He had money.
Melancholy God, how long had she been standing there looking like her uncle with her head on her shoulder. She’ll get curvature of the spine if she doesn’t watch out. An embarrassment standing there. Wants money.

I smelled he had been drinking now, but I learned from him how to get what we need. Wait awhile, I thought, and I talk something out of him.  Just wait awhile. He gave me $5.00.  It was short shrift for a long day, watching the pawn shop for hours.  He’ll leave us first chance he gets. He says so, but we are still stuck with him.  We are worse off for him but if he died?  Even worse.  Watching all day.  He said he got ten bucks but I know he has more.  Can’t he look money somewhere? Well, he is funny, my dad.
I was not drinking, then.  Who taught her to talk like that? Insolent pack of bitches. They’ll get short shrift and a long day from me.  I’ll leave them. They’d be happy to see me dead, curse their souls.  She should watch that pawn shop, learn something. Told her I got $10.00 from Jack Power.  Where am I going to look for money? It’s not like it’s just lying around in the gutters waiting to be picked up. She got three more quarters out of me.  Skinny thing needs to eat something. I’ll be home with her soon. My girl.

A series of stretch suv’s (one bearing flags) enters a highway cleared of cars.