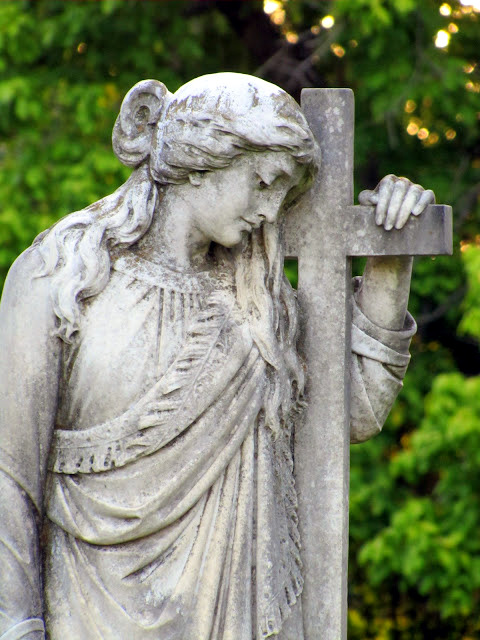 After the funeral Tom Kernan hovered near me.  Both converts.  In the same boat in other ways too.  Treacherous to be the only ones.  Our ill-kept secret.  Is he a mason?  They have better funerals.  I wanted him to speak to me and he said: I ah uh weoowection ah uh wife — youcheg a man imok heaw.  Well damn that to hell.  Once you are dead you are dead.  The resurrection and the life; the last day idea.  There’s a rabbit hole for you, hard to come forth from that one.  Get up!  Last day!  Rise and shine.  Then all of the dearly returned digging around for livers and kidneys and inmost hearts.  Find damn all of yourself in the morning.  Left my heart behind.  No hearts in there these days.  Removed first.  Broken out, then sewn up.  How many broken hearts buried with Paddy Dignam?  None.  Inmost heart.  Kernan’s maybe, but Paddy’s?  No touching that.  Touched Simon’s, he broke down when we were near Mary’s grave.  Simon said she’s in heaven if there is a heaven.  But she’s better where she is.