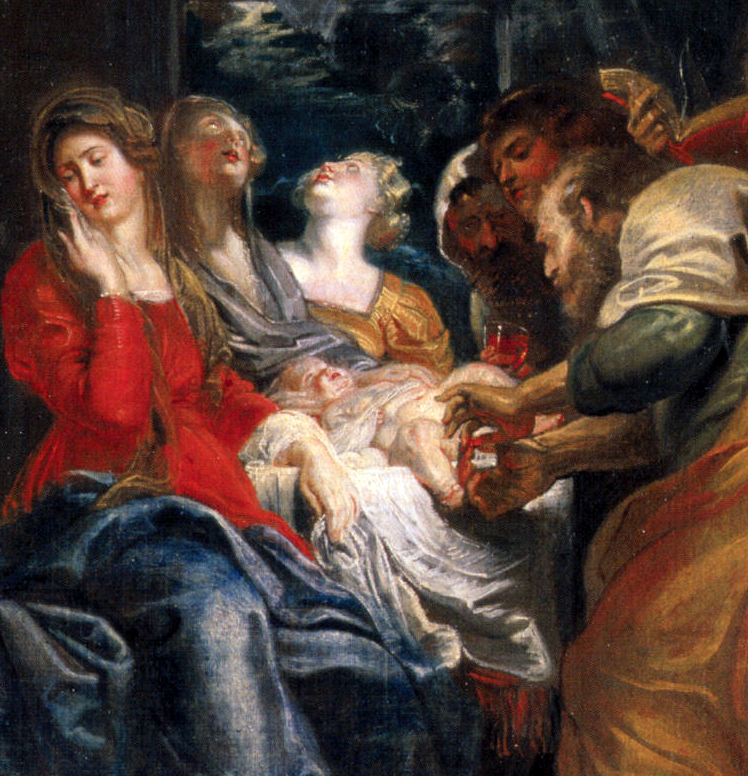 2. Find out if what we have here is an actual crisis or just a situation we can handle like others we no longer speak of (e.g.: Lost track of Jesus’ physical location when he was twelve years old. Got him back, though. Eventually. Also: virginity).

1. Jesus stated that although Martha lives here now, does she have to be here for this? Martha pointed out that somebody has to hold back Mary’s hair when she pukes, which could be any time now. Both then were silent, contemplating the other in both mirrors of the reciprocal flesh of theirhisnothers fellowfaces. Jesus welcomed Martha to stay and help in whatever capacity she likes.

2. Mary says we stole the damn thing a long time ago. Is there somewhere she can lie down or something? Jesus said it was stolen again. Mary wants to know why Jesus didn’t just get rid of the damn thing, it was only a bit of dried prune under all that crystal and gold. Jesus said he thought it was pretty. It reminds him of the ultimate mortality of fruit.

3. Topic: if people discover that the divine prepuce, the carnal bridal ring of the holy Roman catholic apostolic church, conserved in Calcata Rome until we stole it, that the divine shrunken dried up scrap we shoved into that little jar is actually made from an old plum and is not the foreskin of an eight day old boy, we might be facing a game changing crisis of faith we haven’t seen since the Reformation. Ideas floated: steal it back; uphold the excommunication of anybody who speaks of (and we should add onto that: even thinks about) the holy foreskin; immediate circumcision of Jesus and let’s get a new little jar to put it in. The thieves might have the fake, but we can produce the real thing whenever we like. Jesus says no we cannot produce the real thing whenever we like.

4. Mary can’t remember who was the mohel who circumcised Jesus? Maybe we should call him in here. Joseph suggests if Mary wasn’t so obliterated drunk right now she’d remember. And if she didn’t insist on hiring her drinking buddies for everything then maybe we would have had a decent mohel who would have finished the job in the first place. Somebody union even. Martha suggested Joseph focus on his duties. Jesus considered turning Mary’s water into wine.

5. Martha wants to know how it is nobody noticed that Jesus was never circumcised. Joseph said who looked? They never had to change his diapers. He was the perfect baby. So cute too. Quiet. Slept through the night. A good eater. Never cried. Took care of himself, really. Terrible two’s were a holy bitch, but he was such a perfect baby.

1. Somebody make coffee. We need Mary a bit closer to sober for this. Martha? Joseph to make coffee.

2. Martha suggested we not turn this thing into a bigger crisis than is necessary. We must analyze the situation as it evolves and we absolutely cannot be the first ones to signal that we think this is a crisis. It might not be a crisis, just a situation. We cannot look like we are on the defensive in any way. Perhaps we should perform the circumcision ourselves? Mohelim can’t keep secrets. Jesus to clean spot on floor where he just vomited. Also, Mary could use a clean up while you are at it.

3. Martha suggested we never lie to the public about this. We can, however, consider honest misstatements. For example, we might tell everybody that the real foreskin ascended bodily to heaven, but got stuck around Saturn on the way. Joseph to compile a list from Martha’s dictation of possible honest misstatements to be used as talking points. Joseph will check Mary’s schedule and compile a list of possible public appearances she can make on Jesus’ behalf: we think Mary will want herself out front on this so the kid won’t screw it up. Martha to monitor Mary’s fitness for public events as her current ability to get her shit together seems dubious.

4. Jesus to get immediate circumcision so we can produce physical proof if necessary. Jesus first to research the problems of irritability, tumescence, rigidity, reactivity, dimension, sanitariness, pilosity, and degree of severity of ongoing crisis (possibly just a situation and not a crisis) before anybody even thinks of coming at him with a knife.

5. Martha to sharpen a knife.

6. Joseph to get Matthew in here for consultation re: financial impact of crisis. Possibly still just a situation and not yet a crisis. And for Christ’s sake, let’s keep the stockholders in the dark as long as we can. Joseph to contact Thomas Moore’s assistant re: Moore’s schedule asap. We need a lawyer on this.

7. We think Mary said we must be the ones in constant control of the flow and formulation of public opinion. Hard to understand her from the toilet with all that hair in her face. Maybe nobody will care that the relic was never real. Get some people on all the other major relics, can’t have people opening those boxes too: Christ knows what they might find. Joseph to deploy guardian angels to Thomas Aquinas’ skull , Augustine’s elbow, all of the true crosses, and the piece of Jesus’ foreskin in Coulombs Abbey, France. Tell them to take their flaming swords with them.