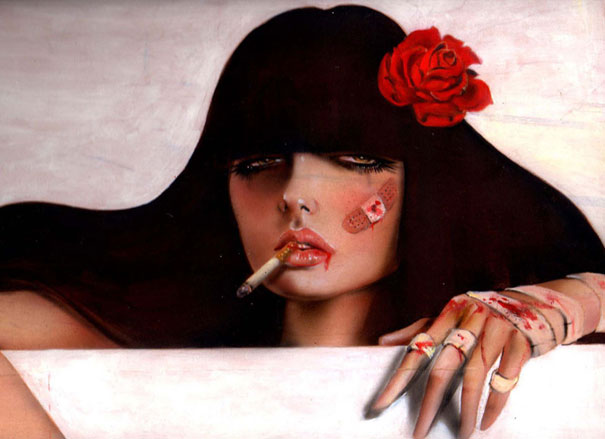 Along with Cissy Caffrey, Edy Boardman is one of my best friends.  She’s the only one I told about, oh God this is embarrassing, but I want to be real so anyway, she’s the only one I told about those discharges I was having.  TMI, I know!  And she said that her mom told her sister she should take iron supplements for the same thing and that I should too so I did and I don’t feel so beat up all the time now.  Edy is my best friend and she totally has my back.  Not like Bertha Supple who was trying to trash talk me and once I went up to her and a bunch of other girls and she kept right on talking about me like I wasn’t Right There!  What a total bitch.  That was around the same time that Edy told Bertha that I had extensions in my hair which was a deliberate lie and then Edy pretended to give me a hug but smeared gum in my hair so I’d have to cut a bunch of it off.  Total bitch.  I used peanut butter to get it out and only had to cut a tiny bit and it doesn’t show, plus I covered it up with clip ins.  Well I’m not going to let that bitch mess with me, fuck that shit, so I waited for her after school and was like where’s the bad bitch at?  Where’s the bad bitch at? so she’d know I’m not scared of her bitch ass.  And she came out and said what you gonna, fucking jump me?  I said no grabbing hair, no scratching, no going for the face and then I fucking whooped that bitch’s ass.  I grabbed her right by the hair and pulled her head down so I could slam my knee right into her face and Bertha was screaming get the fuck out of here you cunt and I was like fuck that shit cause she was pissed that I stole her boyfriend so Bertha gets all into it and then so does Cissy screaming don’t fucking lay a hand on her stupid bitch get the fuck off her and Edy got out from under me and kicked me right in the mouth then said you’re fucking ugly stupid bitch and I said but I got your man bitch and she said you’ve got my man?  You’re so ugly you can’t have a man, bitch!  What a total cunt.  And all because she’s jealous I have better hair and I don’t have to try to be beautiful.  Whatever.  We’re over it.  She’s my best friend, along with Cissy.