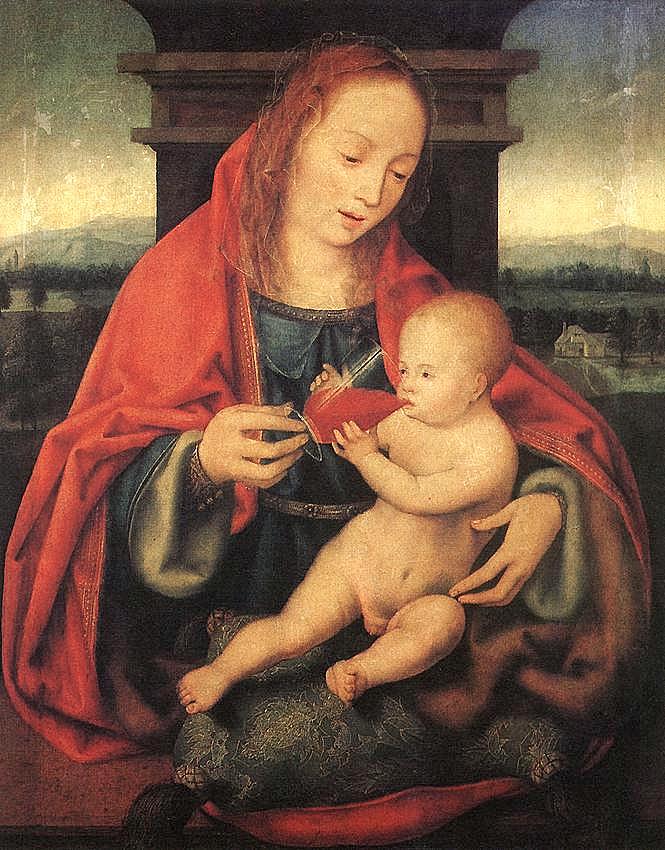 1.  Gently, oh so very gently introduce Mary to the possibility that she might have a slight, hardly noticeable really, not even anything to worry about, issue with drinking just a bit more than she ought.

2.  If Mary seems at all receptive, which would be an enormous step on its own, introduce her to the 12 steps.  Gently or we’re totally screwed.

1.  Lizzy T. explained to Mary that she might consider becoming Our Lady of Temperance and C. added that Our Lady of Perpetual Kindness can be rather an angry drunk.  Mary expressed that C. is a washed up hack not to be believed and Lizzy T. is a literary groupie whore who is probably stoned off her ass right now as we speak.

2.  J. attempted an explanation of his feelings concerning the state of martial affairs and a little more encouragement in the bedroom might be nice.  I mean, it’s not the size of the wave that counts.  Mary suggested J. get back to taking meeting minutes in the kiddie pool and honey, it’s the size of the wave.  It’s always the size of the wave.  Besides, the motion of J.’s ocean is a drop in the bucket to somebody who’s come face to face with a tsunami.

3.  Mary wanted to know who the hell invited her mother.  A. said who said she wanted to be here she had better things to do.  Mary said then go do them.  A. said Mary was giving her an anxiety attack and she is rude and all she’s ever does is damage.  Mary said A. is a controlling hypochondriac who can’t see past her own narcissism to realize that this colossal waste of time is not about her for Christ’s sake.

4. Jesus C. said what the hell is going on here.  Mary said Jesus get back to your father and stop appearing suddenly as if from nowhere.  Jesus C. said big words from somebody who just showed up on the belly of a South American turtle.  A. said in her day children didn’t talk to their mothers like that and no wonder Jesus C. turned out rotten given the upbringing he had.

1. Lizzie T. suggested we discuss the 12 steps another time.  Mary said we can shove the 12 steps right up our power greater than ourselves.

2. C suggested we should give it up now and save ourselves.  She was overruled.

3. Jesus C. will turn all the wine back into water.