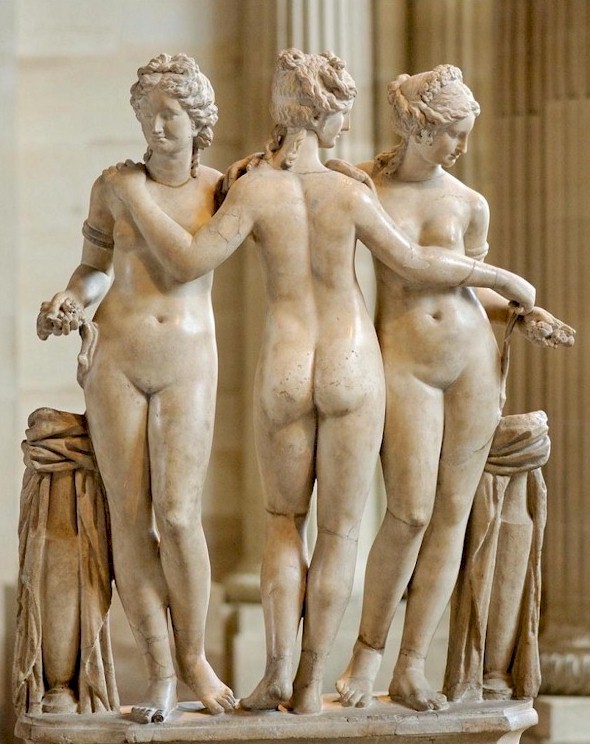 [Scene: Immortal lovely Venus, Juno, and Galatea, shapely goddesses with curves the world admires, stand naked together.  All to see.  They don’t care what man looks.]

[A man and ready on his way to the yard pauses, drops something, bends down to look.  See if she.  He stands and before walking on he makes swift passes in the air with juggling fingers. Obviously in the craft.]

Juno:  Yes.  Why do they always look?

Galatea:  Attention defecate disorder.  They think we have no.

Venus:  I’d like to surprise the next one.  Give myself to him, a man with manly conscious.  Lay with men lovers occasionally.

Galatea:  I prefer mortals.  But they do reek of food.  And shit.  Disgusting things they eat too, how did they ever think to eat things like snails,  or oysters?  Unsightly things like clots of phlegm.  Stuff them in one hole and out the other behind.  Like stoking an engine.

Venus:  Oysters have an effect on the sexual.

Galatea:  But how would they know that?  The first one to say yum, that looks like I could eat it.  Imagine!  Disgusting.

Juno: What is he saying?

Galatea:  I think he is calling us whores again.  Shut up you two dimensional freak!  I can’t stand the sight of him hanging there day after day.  Eyes gouged out, no lips.

Venus:  No tongue, lucky for us.  Can you imagine having no tongue.  How would you?

Juno:  Stop.  Please no vivid accounts Venus, you’ll get Leger even more agitated and then there will be no end to the howling.