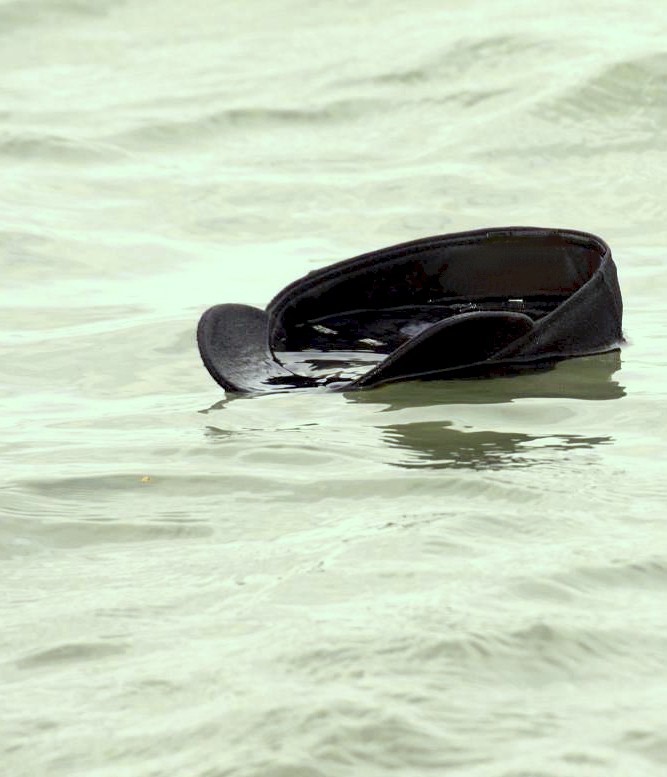 I’ll tell you why I jumped in.  It wasn’t because of a girl, and it wasn’t suicide either.  Please.  If I wanted to kill myself I’d think of something a little more certain than that.  No.  My hat fell in and I went after it. Simple as that.  I swam around for a while and got tired and that’s when the boatman showed up and dragged me out. My father wanted to give him something to thank him but the guy said no, kindness of his heart, anybody would have done, that sort of thing.  But my dad was all relief so he took out his wallet and gave his cash to the boatman just to do something.  You know, gratitude. And yeah ok, it wasn’t much, but who carries cash these days? Come on.  It was what it was.  Anyway, we thought that was the end of it.  Thank you so much have a nice.  So we should know that the boatman ended up sick in the hospital, and the lost wages, with the mouths to feed?  Next thing it’s in the press and they are making a big deal about how Reuben J Dodd moneylender paid next to nothing for his son’s life.  Oy.  Want to know why all the negative press?  My dad works for the bank that held the mortgage on Jim’s family’s property.  They stopped paying so the bank foreclosed.  Is that our fault?  Thank us when we bail your ass out and then blame us when you can’t pay the bill.  Anyway, Jim circulated his version of the story and the one who speaks first wins, even if it is a lie.  What a schmuck.  The devil break the hasp of his back.