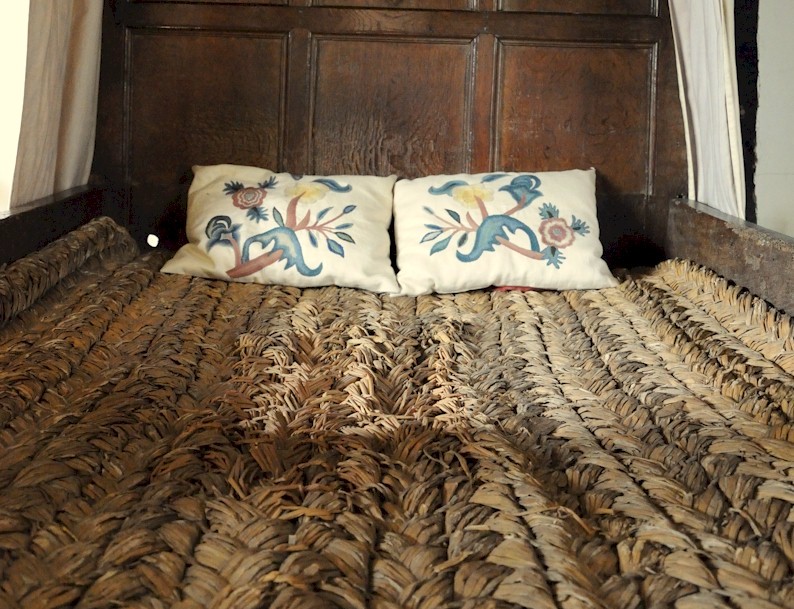 I married a ghost.  And I died before I was born.  Liliata rutilantium.  Well, I died sixty-seven years after I was born, but what is it to you how we lived or died?  Forget me.  He did.  He left me and he gained a world of pretty theatre boys in the cast off armor of court ladies.  The world believes William made a mistake marrying me.  And got out of it as best he could and quickly too.  Stephen thinks a man of genius makes no mistakes, that his errors are volitional, to be used as portals of discovery.  Well William’s genius discovered my portal sure enough.  Made use of me.  And don’t think that because I was twenty-six and he a full eight years younger than me that I drew him in, trapped him into bed and then ruthlessly wed.  Listen to greenroom gossip if you like, but consider:  what would I want with a boy pauper for a husband?  Call me a whore before and a shrew after, what do I care, but the truth is he came after me.  The mistake was mine and he knew it.  He made it Ophelia’s mistake too.  But instead of drowning myself in the Avon, I told my family and they fixed it.  Took care of business.  Five months after our wedding I gave birth to our daughter, my sweet light-of-love.  But did he care?  No.  Gone he was to London and no agenbite of inwit to it.  And for me what was he, a ghost by his absence to haunt me.  And my status?  Not widow.  Hardly a wife.  A stationary target for his debt collectors.  As he rose I became conspicuous.  Like a bad smell in the room, worse than that stench hovering around Æ.  The smell of him!  I may not have a nose left to my face but wow!  That reek will raise the dead.  But the point odoriferous Æ makes is valid.  What use is it to pry into my husband’s life, the bastard.  Good for nothing.  Lousy father.  It was no use to me, that I can assure you, I wept alone.  Leaving us to starve on our own in Stratford.  His drinking, his debts.  Stephen owes AE almost $100, did you know that?  But did he catch AE’s hint?  Bringing up my worthless husband’s financial incontinence.  He caught it.  Then he rationalized his way out of it.  Stephen five months ago was a different set of molecules went his logic.  It wasn’t me.  It was those molecules of Stephen that borrowed the money, the Stephen now is composed of entirely new stuff and cannot be blamed for what any prior Stephen has done.  Free and clear.  No agenbite of inwit, eh Stephen?  Nice try kid.  Good use of physics.  That handy second law of thermodynamics, those molecules from five months ago will decay as plainly as did the nose on my face.  But don’t you forget that first law.  There are still constants to deal with and your memory persists.  It changes things, does a little rearranging here and there, always a bit of phenomenal fluxing within grey matter, but memory persists.  And don’t forget your form of forms.  That soul rattling around within those nice new molecules of yours persists too.  Just look at me if you need a bit of proof.  Or get a whiff of AE  if you prefer your proof to be more on the measurable side of things.  You owe what you owe.  Pay your own damn way.