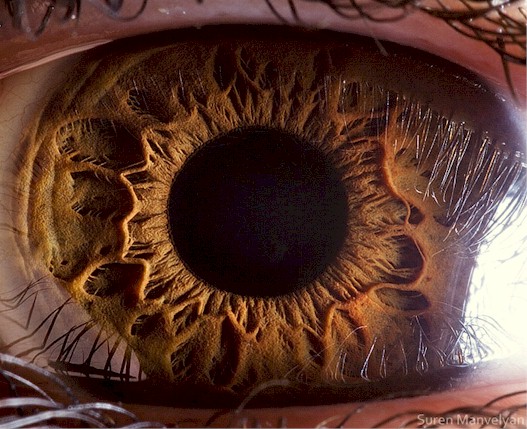 Hello.  We have not yet met, though I confess I have been watching you.   I hover in the background around these parts.  Your name?  I’m Genevieve.  Pleased to meet you in person at last.  You have nice eyes.  I’m sorry, have I embarrassed you?  I notice eyes.  I keep my eye on a young man who frequents this place.  I’m using his hands now.  Not his eyes, oh no, they are terrible.  He can hardly see!  You should see the font size he uses.  Still he is much better off than my mother was, before I cured her blindness.  Yes, that was one of my miracles.  Love me.  Hey!  I saw that.  Don’t give me that look.  I did cure her.  I did.  Ok fine, I was the one who made her blind in the first place.  I’m sorry, ok, but she was being totally controlling; she didn’t want me to get married because she thought I was too young.  It’s not like he wasn’t a nice guy, he was God!  I wanted to be a bride of Christ, so shoot me.  Ok, yes, I was only seven years old.  But still.  Anyway once when I asked to go to my boyfriend’s house to hang out, do a little worshiping, get out of doing housework, she grounded me and slapped me across the face.  So I made her blind.  But then I unblinded her.  Eventually.  Let’s not make a federal case of it.  I am a saint.  That means I am pure and good and people worship me.  Now where were we.  Oh yes. Stephen has terrible vision, that guy Jim is all but blind, and Stephen spent the morning trying to teach blind old Milton to a bunch of hung-over eye-rollers.  Freshmen in the winter quarter aren’t scared anymore and it is clear he lost authority pretty much on day one.  You can see it from space.  So here I am, doing my community service.  I look out for Stephen sometimes because he can’t very well look out for himself.  See?  I like the way your eyes move, back and forth like that.  It’s nice.  Steven was all about movement today.  In his head, right behind his eyes.  He had his students droning on about Lycidas “And wipe the tears for ever from his eyes.  Now Lycidas the Shepherds weep no more.”  Bore me to tears.  I wish Stephen could see his student’s eyes when he teaches.  Or be like me just once and peek under their lashes at what they are thinking.  They would be much more interested in his thoughts than in his so-called lesson plans.  Stephen was thinking today that reality must be the actualizing of whatever is possible.  The movement of it.  You see?  Look over there, headed this way.  It’s possibility, you see?  Teeming multitudinous potential now moments.  Not now yet.  To be, but not is.  Then there is the chosen one.  I don’t mean my boyfriend!  Not that kind of chosen one.  I mean the now moment that rides between what could be and what was.  The verb of the thing, you see?  Reality doesn’t live in the multitudes of possibilities or in the chosen one event that turns into history.  It is in the movement from what could be to what was.  At least, that is what Stephen thinks today.  Is he right?  Well, that’s not for me to show you.  He’ll figure it out in his tranquil brightness.  His soul, you see?  The form of forms.  He was also thinking about dragons.  That was fun.  Blake’s dragons, you know.  You know him?  A real visionary that one.  Nice eyes too.  Big, widely set.  Blake’s dragons emerge from their caves whenever there is a real battle that needs fighting.  A war, the intellectual kind that happens in eternity.  The kind of war that clears the way for creative work.  And our boy Stephen, as reluctant as he may be, has some fights ahead.  Anybody with eyes can see that coming.