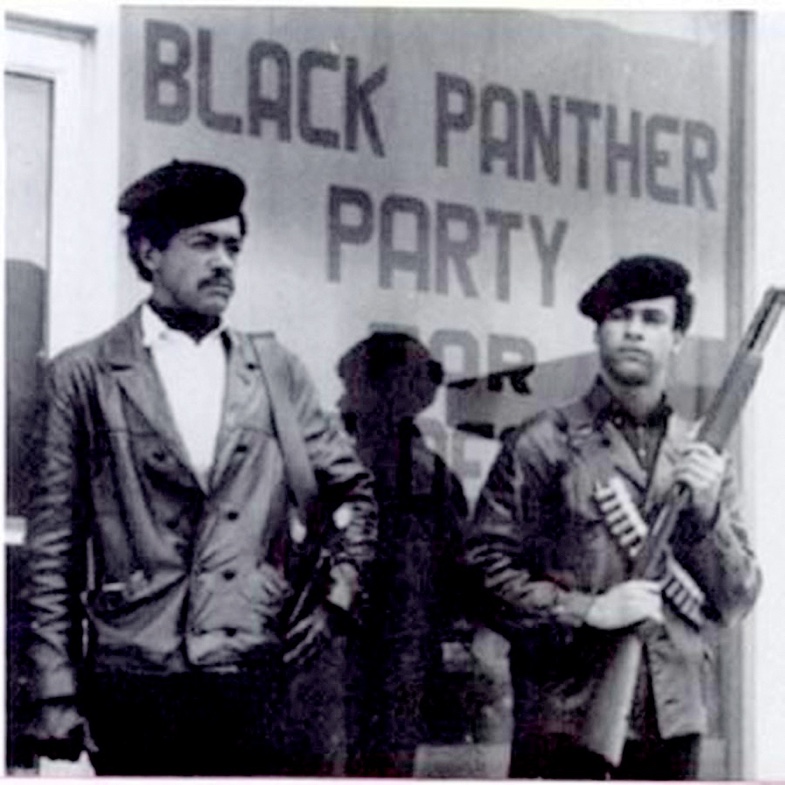 Haines from Oxford sleeping on the couch tapping my brain for his diss on poco anarchism in America.  He went on and on about his brilliant “deconstruction of western hegemonic tropes of whiteness as seen throught the lens of the objectified other.” He speaks a well trained jargon intelligent and empty.  Had a huge argument about the Black Panther Party which unfortunately mostly boiled down to carrying a visible weapon as fashion statement pro or con.  Discuss.  He had much to say about the leather jackets and weaponry.  Didn’t want to entertain much else.  He wants vampirically to extract my knowledge and my soul with it about the objectified Native American and a post postcolonialist vision of body of the radicalized other but when I told him I had heard that Leonard Peltier had been moved to solitary confinement nearly 6 months ago he said who?  He screams in his sleep.  Last night moaning about black panthers and I swear some time soon I’m going to wake up with him standing over me wearing fangs and holding a rifle pointed at my head.