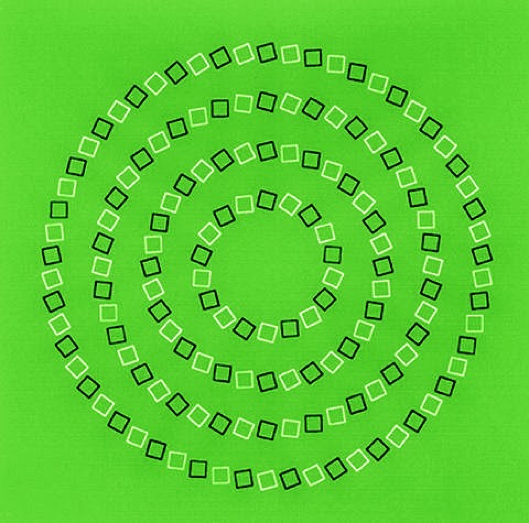 A circle is a circle because it is not a square. A square is a square because it is not a circle. Well now duh. So why do it? Why would anybody for any reason (with any reason) want to square the circle? Why take the one (let’s say the square: all pointed and anchored, so angular, and such fixity (a place for everything and everything in its place) such certainty) and try to make it anything but what it is? it’s good the way it is. Leave it alone. Who needs a turning of this into that when you already have both this and that. And look at that that: smooth and continuous. arcing around, no beginning no end: doesn’t know if it is coming or going, really, and frankly doesn’t care. You can’t pin that down: where to put the pin? Tell me precisely where. Go ahead. Like any coastline regardless of adjacent ocean, the closer you get, the more places for pinning. With circles its turtles all the way down. You would think the square would have no problem becoming a circle, it’s made of such nice round numbers, but sister circle is just so damn big, no matter how small she is. The maddening thing about her is that she flaunts her shape at us no matter how we want to see her. Looks like the perfect place for keeping things in. But how can such a perfect container, (with all the appearance of finite enclosure) harbor such infinities beyond reason? In becomes out. Where does she put it all? No wonder people behave like such lunatics trying to fit their square pegs into her round holes. This is now that, ta daaa! Imagine. And why? Once that’s done there’d be nothing left for them to do. Nothing left for anybody to do. What else could there possibly be? You’re done. You’ve just made the independent discovery of a goldseam of inexhaustible ore. You can go ahead now and buy your own island, no problem, and get down to watching the money riding in with the waves. Would be nice. It could be an art, even, cultivating the purest of possible devotions to one’s own pleasure. Could do anything. Arrange beehives according to humane principles, and the like. Join capital with opportunity and the thing required is done. Maybe even start my own religion. The Holy Church of the Sacred Squircle. No. Don’t like the holy church part. Squirclism. That’s better. I like that much better.