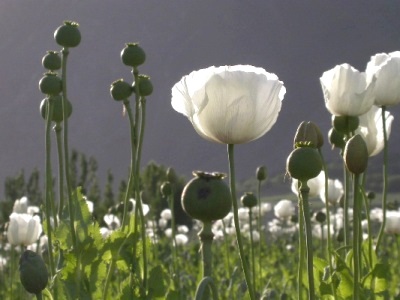 Checked for an email from.  Might have gone too far last time.  No answer yet.  Saw a billboard recruiting for the army.  Join the army, win a Wii.  Can’t play it, though, you’ll be at war somewhere getting stds.  Half the military infected with something.  Rotten with it.  The other half intoxicated.  Kid in the billboard, eyes front, half closed.  Half baked.  Hypnotized.  Here’s your care package from home, some nice Vicodin and a bottle of clean pee.  But who needs the care package?  Opium comes from the battlegrounds.  No import fees.  Locally grown.  Drift through the war.  Old Tweedy in uniform.  Showy.  Women like that.  Wonder what his regiment was on when he was.  Hello!  Email for henry_flower@rocketmail.com.  She answered anyhow.  An attachment too.