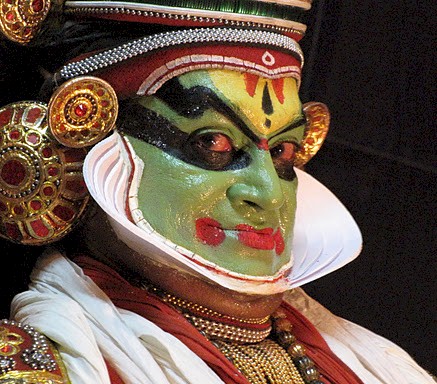 Who am I?  So many have told of me and have spoken with my mouth.  They say I invented magic and then poof! I made astrology appear.  With that I gained the foreknowledge of truth that diligent stargazing affords the patient.  But those who lived my life didn’t stop there, oh no, not when it was relentlessly clear that I had invented truth itself.  Believe me.  That’s when my magic, they tell me, turned to the black variety and I became fearsome.  Those closest loved me, especially for the words they said with my voice.  He that stealeth from the poor lendeth to the lord.  I became for some a prophet of God!  Imagine that.  Nietzsche even said that the priests, those poets of the Veda, were unfit to unfasten my sandals.  Of course I too was a Vedic Priest.  As I understand, in that capacity I wrote millions and millions of lines of verse.  To give myself enough time for such a task, I invented the week.  You’re welcome.  And born from necessity, I invented hieroglyphics; I used them to hide my invention of Alchemy.  Well to speak the truth that element of my curriculum vitae never quite stuck; Those who move Hermes Trismegistus’ mouth had that particular market cornered.  Better PR.  In my later career I denied to oblivion many deities so I could invent a singular monotheistic morality.  Then Nietzsche used my voice to deny morality in favor of truth, my prior invention.  Ay me.  Well, what could I do?  My life is an accomplishment of others.  Rather grand and famous others too, I might add.  I was the teacher of Pythagoras, they say.  Plato liked the words in my mouth so much that he passed them off as his own.  Excuse me, Socrates’ own.  I was even Yeats’ pen pal!  There’s a laugh to rival the one I had on the day I was born.  My head came out pulsating and there I was, infant tiny thing giggling away.  To my mother’s horror my head could repel the touch of a hand.  You can’t touch this.  Oh a unique birth to be sure.  And rather an unnatural death as well.  I’m rather proud of this one.  By the time of my doom people were calling me a living star.  Can you imagine?  Me, a star!  So how does a star die?  I was murdered by another star.  Was it really a meteor?  Maybe lightning?  You’re asking me?  You show me what’s real.  I wouldn’t know, I wasn’t there.

One Response to Thus Spake Zaraϑuštra